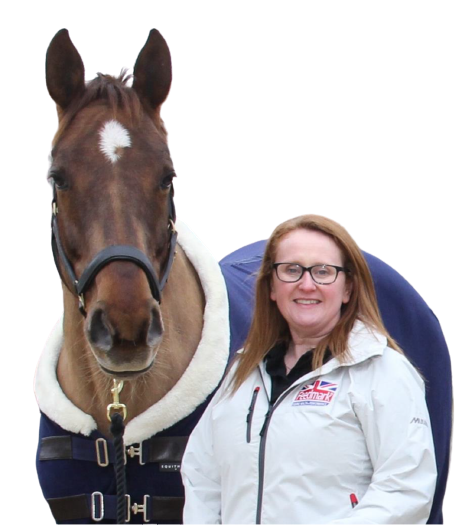 Dr. Stephanie Wood BSc (Hons) Ph.D. Equine Nutrition
Powered by nopCommerce
Nutrition of the Mare During Foaling and Lactation Fuel or Filler? What is the Real Nutrient Content of Grass for Horses? 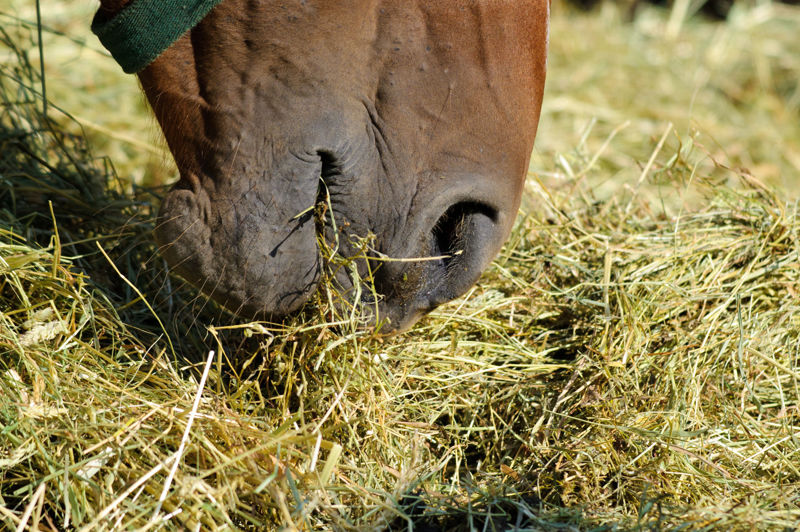 Your horse’s gut plays such an important role in maintaining health and wellbeing.  The gastrointestinal tract works hard digesting feedstuffs, making essential nutrients that the horse cannot produce on its own, protecting your horse from disease, and even shaping the behaviour of your horse.  Thus, it is vital to maintain gut health and to ensure you are managing your horse in a way that promotes gut health, through an understanding of the anatomy and physiology of the equine gastrointestinal tract.

OVERVIEW OF THE GASTROINTESTINAL TRACT

The horse is classified anatomically as a non-ruminant herbivore and has a digestive tract that consists of three functional regions; the stomach and the small intestine, collectively termed the foregut, and the large intestine, often referred to as the hindgut.  The first section, the foregut, is similar to the pre-caecal digestive system of a monogastric animal, such as the dog, man or pig.  The second section, the hindgut, is more like the rumen of a cow. The stomach of the horse contributes only eight percent to the total digestive tract weight, with a capacity of approximately eight litres in a mature 500kg horse.  The small intestine is comprised of three functional regions: the duodenum, the jejunum and the ileum, which together account for around 30% of the total tract mass, but 75% of its total length.  The large intestine consists of the caecum, and the large and small colons.  The large intestine makes up 60% of the gastrointestinal tract volume and is proportionally the largest hindgut of any domestic animal.  The hindgut of the horse is anatomically specialised to accommodate micro-organisms capable of degrading and fermenting the structural polysaccharides (fibrous fraction) of plants.

The digestive process begins in the mouth.  The incisor teeth (n=12) bite the vegetation selected by the upper lip.  The pre-molar (n=12) and molar teeth (n=12) then grind the food to facilitate a reduction in particle size, whilst mixing it with saliva secreted as a direct response to chewing.  Saliva appears to have little or no digestive enzyme activity in the horse, unlike many other species (Frape, 2010).  However, its mucus content allows it to act as a lubricant for the passage of the feed bolus down the oesophagus into the stomach, via a process known as peristalsis, and its inorganic salt content enables it to act as a buffer to the acidic conditions present in the stomach.  Chewing is such an important aspect of digestion as a) the reduction in feed particle size improves the digestibility of the nutrients in the feed and b) horses only produce saliva as a direct result of chewing and therefore if the horse is not chewing then no saliva is being produced, which can impact on the health of your horse’s stomach.  Horses chew four times as much, with a two-fold increase in saliva production, when eating forages compared to when eating concentrates (Meyer et al., 1985). 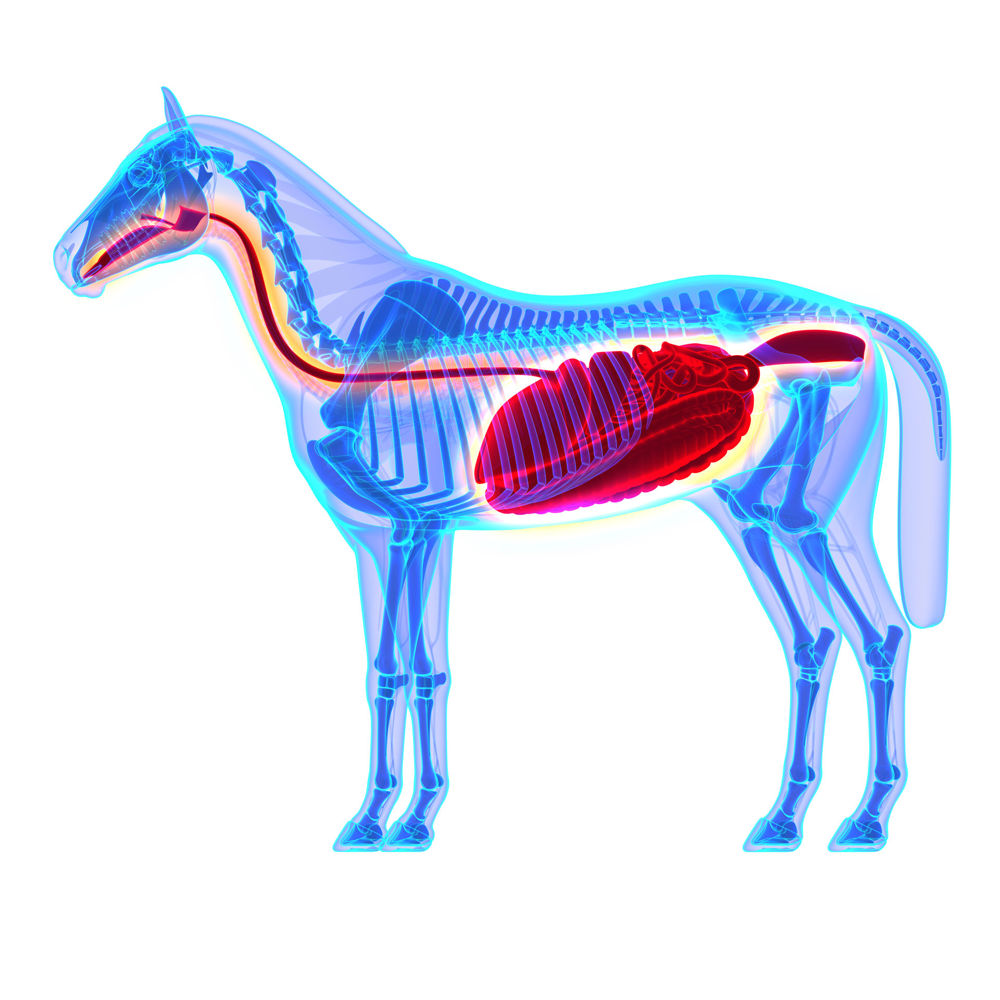 Figure 1. The average horse’s gastrointestinal tract is 30m long with an enlarged hindgut developed to process a high fibre diet

The stomach of the horse has two main areas; the upper part referred to as the non-glandular region, and the lower part referred to as the glandular region.  The upper part of the stomach relies on the saliva swallowed with the food, to maintain a neutral pH of between 6 and 7.  The lining of this part of the stomach is susceptible to damage if the pH reduces and becomes acidic, which can result in gastric ulcers forming.  The lower part of the stomach has a much lower pH (between 1.5 and 2) and the lining of this area is protected by a mucous layer.  There is evidence to show that horses left for longer than 3 hours without access to forage are at greater risk of developing gastric ulcers.  Horses fed large amounts of cereal grains, which take less time to chew, and lower amounts of forage, are also much more likely to develop gastric ulcers.  In fact, reports suggest that as many as 85% of racehorses may have gastric ulcers (Begg & O’Sullivan, 2003).  In addition, exercise can also impact on this as there can be ‘splashing’ of acidic contents from the lower part of the stomach to the sensitive upper part of the stomach, resulting in the formation of ulcers.
Digesta leaving the stomach enters the small intestine where it is mixed with intestinal secretions that maintain a neutral environment (pH 7) and break down fats, proteins and non-structural carbohydrates (starch and sugars). 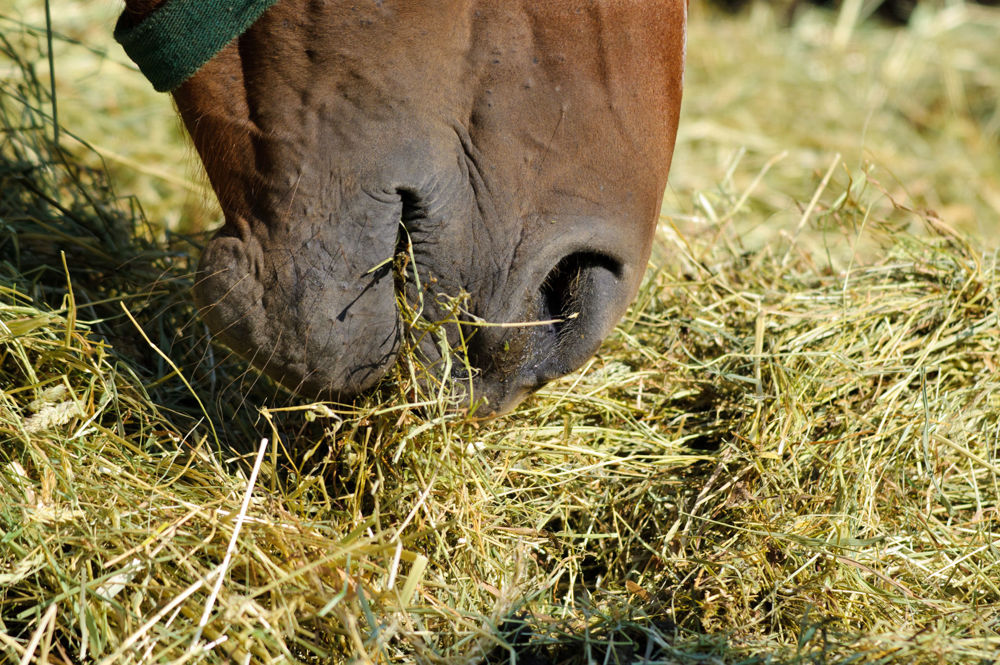 Figure 2. Fibrous foods are essential in the equine diet as they require more chewing which stimulates secretion of saliva that buffers the acidic stomach and helps to protect against gastric ulcers.

There are a few important things to be aware of in terms of the small intestine; firstly, only the protein digested here is of direct benefit to the horse, any undigested protein travels to the hindgut and is used as a substrate by the microbiota (bacteria, fungi and protozoa, also referred to as microbes).  Secondly, the horse has a limited capacity for starch digestion and any starch not digested in the small intestine will also travel to the hindgut where it will be fermented by the microbes.  Moreover, cereal grains (oats, barley, maize) need to be processed in some way otherwise the starch present in these grains is less digestible in the small intestine.  Finally, the horse does not produce enzymes to break down fructan in the small intestine.  Fructan is a non-structural carbohydrate (NSC) present in grass, and since this cannot be digested in the small intestine it travels to the hindgut and is used as a substrate by the microbes.  High levels of starch and/or fructan entering the hindgut of the horse can disrupt the hindgut environment and elicit the onset of various disorders, such as hindgut acidosis, laminitis and colic (Bailey et al., 2004).  Consequently, it is recommended that  no more than 1g starch per kg bodyweight is fed per meal (Harris & Dunnett, 2018), which, for a 500kg horse, is no more than 500g or 0.5kg of starch per meal. In practical terms, if concentrate feed contains 25% starch then no more than 2kg of that feed should be fed per meal.

In contrast to the small intestine, the mucosa of the large intestine contains only mucus-secreting glands that do not produce any digestive enzymes.  Instead, digestion and absorption in the hindgut is dependent on microbial fermentation of undigested feed residues leaving the small intestine.  It is only in recent years that we have begun to understand more about the microbes that reside in our horse’s gut.  Bacteria, protozoa and fungi all inhabit the horse’s gut, but bacteria appear to be present in the largest numbers and have been the primary focus of most research studies looking at gut microbes in horses.
Structural carbohydrates, i.e. those within the plant cell wall (fibrous fraction of the plant – see Fuel or filler? What is the real nutrient content of grass for horses?), are fermented by microbes in the hindgut as the horse lacks the endogenous enzymes required to digest these plant constituents.  In fact, the hindgut is designed to digest fibre and it is when non-fibrous substrates, such as starch and fructan, enter the hindgut that problems can arise.  The by-products of this fermentation process are the volatile fatty acids (VFA) acetate, propionate and butyrate, and the gases carbon dioxide (CO2) and methane (CH4).  The VFAs are then absorbed across the gut wall and are used as an energy source by the horse (Hintz et al., 1971).  The microbial populations in your horse’s gut are incredibly sensitive to change.  Any change in diet or management can have a significant impact on microbial populations, which can lead to a disturbance in the gastrointestinal tract and an increased risk of colic (Garber et al., 2020).  Therefore, it is important to make any changes to the diet gradually to help maintain gastrointestinal health.